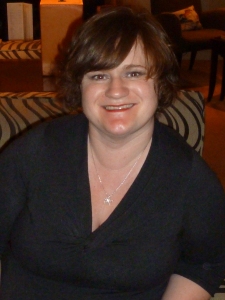 My most recent book is Nature Crime: How We’re getting Conservation Wrong (Yale University Press, 2010). I have also just co -edited a special issue of Antipode: A Radical Journal of Geography with Dan Brockington; this is also available as an edited book: Brockington and Duffy Capitalism and Conservation (Blackwells, 2010)  You can learn more about my work and projects on this site.

The core argument of Nature Crime is that conservation fails because it is based on flawed premises. I make three central arguments which challenge existing thinking on conservation:

1. The assumption that poverty constitutes the major threat to wildlife around the world is completely misplaced, wildlife is under threat because of wealth not poverty. Consumer demand for ivory, medicines, ornaments, foodstuffs, clothing, bushmeat and caviar from rich communities around the world is the root cause of the illegal wildlife trade, but this is a problem that is rarely tackled by governments and NGOs.

2. The ‘fortress-style’ response of conservation agencies is counter productive because it alienates local support, which is vital for long term success. The book criticises the rise in the idea of a ‘war to save biodiversity’, which is used to justify highly repressive and coercive policies, including the use of deadly force against the world’s most marginalized and vulnerable people.

3. International conservation NGOs claim to have the solutions, but they are often part of the problem. While conservation NGOs do have genuine commitment to wildlife conservation, their actions in the developing world can be more like those of companies engaged in mineral extraction. This is because of their increasing links with the corporate sector, including Shell, BP, Starbucks, Rio Tinto and Hewlett Packard. This has resulted in a rise in special deals to facilitate the development of oil pipelines, mines and exploratory drilling in return for designation of portions of company land for conservation purposes.